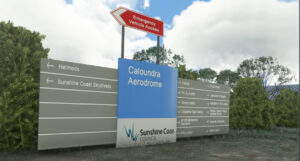 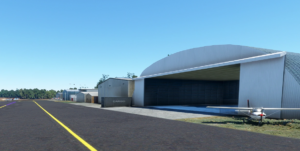 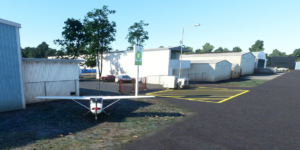 Caloundra Aerodrome is owned and operated by council. The site was reserved as an aircraft landing ground in 1931. Activities at the aerodrome include general aviation-related businesses, light fixed wing aircraft and helicopters.

The site is approximately 145 hectares and includes two sealed runways. These are runway 05/23 and runway 12/30, which are both 795m long and 18m wide. The aerodrome is surrounded by urban development in the east, north and west. Recent approvals for Caloundra South will add urban development to the south. Approximately 40,000 take offs and landings happen at the aerodrome each year. Most of Caloundra’s air traffic is flight training, mainly helicopter flight training.

Please note that all Shunts Scenery airports are also available within the Microsoft flight simulator store.